The American designer’s work for The Last of Us and the Uncharted saga, which have sold millions of copies worldwide, has been rewarded with several recognitions 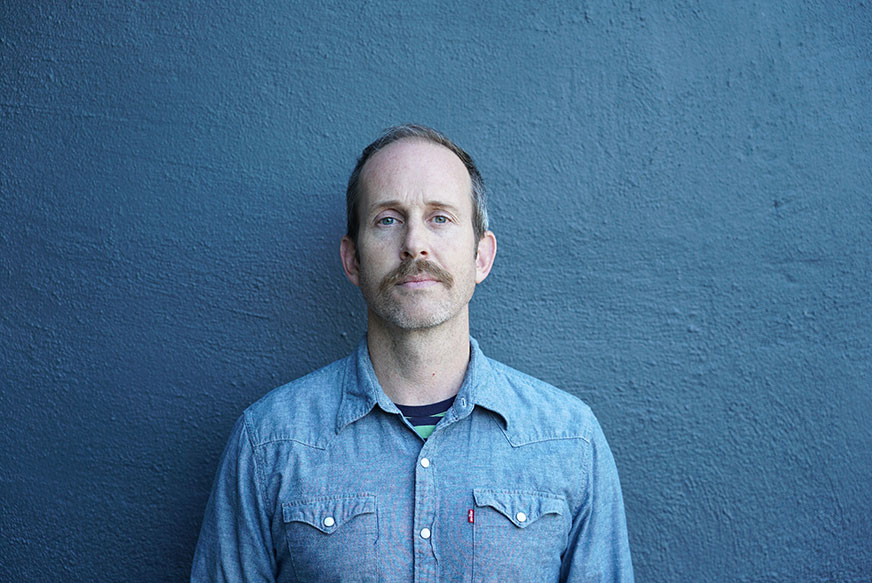 The Vanguardia Award at this edition of the Fun & Serious Game Festival recognizes the talent of one of the greatest figures in the adventure and action genre. The American Bruce Straley, whose name is inextricably linked to the saga Uncharted and The Last of Us, will receive the third of the honorary awards of this well-established Festival, the largest in Europe within the industry.

During the ninth edition of the Festival, which this year will be held at the BEC Bilbao from December 6 to 9, the artist will not only collect his Titanium Award but will also deliver one of the VIT Talks.

Straley began his career at Western Technologies Inc. in 1991 (where he worked on games such as Menacer and X-Men). After several projects with the company he co-founded, Pacific SoftScape Inc. (Generations Lost, Mr Bones, SEGA Channel Online), Bruce moved on to Crystal Dynamics (Gex), then later joined the company that was to become his home for the next 18 years, Naughty Dog,

At the company founded by Jason Rubin and Andy Gavin, Straley went on to develop the most successful titles of his creative curriculum. He started by working in “The Kennel” as a texture artist for Crash Team Racing in 1999, and he would soon assume a prominent role on the Jak and Daxter trilogy. After working as a Co-Art Director in the first installment of Uncharted: Drake’s Fortune, he took over the positions of Game Director and Co-Director for three titles that would be recognized by a record-breaking number of Game of the Year awards, touch the hearts of millions of fans, and establish Naughty Dog as a preeminent developer in AAA experiences; Uncharted 2: Among Thieves, the survival game The Last of Us, and Uncharted 4: A Thief’s End.

The saga starring the explorer and modern-day treasure hunter Nathan Drake, established a new standard of storytelling and game design integration in video games, creating a roller-coaster-paced adventure Straley called “the playable summer blockbuster.” Full of challenges, puzzles and adrenaline, the Uncharted games earned Straley worldwide fame and won numerous Game of the Year awards. The reckless protagonist, a mix of Indiana Jones and the adventure heroes from pulp fanzines, traveled to places such as Southeast Asia (in the second installment, in search of the Cintamani stone) and the lost city of Libertalia in Madagascar (in the fourth installment, in the footsteps of the pirate Henry Avery).

With the creation of The Last Of Us, Straley was able to push his design and story concepts into even more emotionally resonate areas. A game to which he dedicated four years in developing and launching, it immediately reached icon status in its genre, with 240 Game of the Year awards in its launch year (2013). Joel and Ellie’s epic journey, set in a post-apocalyptic America plagued by infected humans suffering from the Codyceps fungus, broke sales records and received unanimous praise for its narrative, characterization (particularly female characters) and its musical and sound setting. Straley also Co-Directed in the sequel, Left Behind.

Bruce left Naughty Dog in September 2017 and went on to work on a new form of interactive storytelling with Chained: A Victorian Nightmare, a location-based experience merging immersive theater actors in the VR space, as well as several other personal and professional projects.

With 28 years of industry experience, 15 titles shipped, and over 150 million units sold to his credit, Bruce is on a continuing journey to push his own concepts of what makes for the most compelling experiences in the interactive medium of video games.

Fun & Serious Game Festival now rewards the career and talent of the American designer. Alfonso Gómez, the Director of the Fun & Serious Festival, has declared: “Straley’s excellence, talent and creative ability have translated into many hours of true emotion for millions of players. With memorable games that feature the tradition of the best adventure literature and turn the spirit of giants such as Robert Louis Stevenson, Daniel Defoe and Cormac McCarthy into a contemporary format that is deeply in tune with the viewers of today. We are proud to have Bruce Straley accept the Vanguardia Award of this edition”

After nine years of history, the Fun & Serious Game Festival has become one of the leading international festivals within the industry and a hallmark on the cultural agenda of Spain and Europe. Its mission is to elevate videogames to the category of an art form such as cinema and music. According to the latest data from AEVI (May 2019), the gaming industry already generates twice the turnover of film and music combined, reaching historic highs in 2018 (1,530 million euros), with an annual growth-rate of 12.6%.