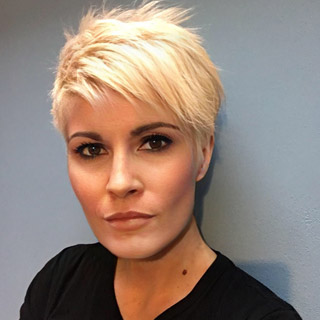 With a brilliant career as a screenwriter, Cristina landed in the video game industry from the not-so-far away galaxies of comics, cinema and television. Author of Italian weekly comics such as Lanciostory and Skorpio, she developed new plots, storylines and narratives for the RAI (the Italian public radio and television company) and the Walt Disney company when Ubisoft crossed her path.

She joined Ubisoft Milan in 2008 as a scriptwriter, and then went over to the dark side of video game development, becoming an Associate Producer. Cristina has collaborated on titles for the Rabbids and Just Dance franchises. Her most recent collaboration has been on Ghost Recon Wildlands, and she is currently working on Mario+Rabbids Kingdom Battle.