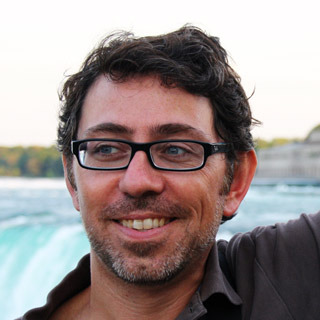 Francesco Cavallari is the founder and president of Videojuegos Sin Fronteras (Video Games Without Borders, VSF).He has 18 years of experience in the video game industry, during which time he has held both technical and leadership positions at Ubisoft, one of the largest video game producers in the world. At Ubisoft, he has participated in the development of all types of games, including critically acclaimed ones like Beyond Good and Evil and Splinter Cell: Chaos Theory, as well as surprise best-sellers, such as My Secret World and Motion Sports. He decided to resign in 2014, as Production Director at Ubisoft Barcelona. In 2015 he founded Videojuegos Sin Fronteras [Video Games Without Borders], an NGO and global community of people who believe that video games can change the world for the better. He is currently dedicated to supervising its operations.

He spent six months in Burkina Faso (Africa) as part of one of VSF’s first projects, with the goal of teaching the basics for developing a video game with local talent. More recently, Francesco supervised the development of Antura y las Letras, a game for mobile phones that helps develop literacy for Syrian children who have not been able to go to school because of the war. This game won the international EduApp4Syria competition. Francesco firmly believes that video games can help achieve each and every one of the United Nation’s 17 sustainable development objectives, and he works hand in hand with institutions, private companies and NGOs to achieve this.