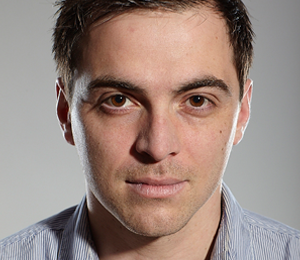 Philippe Ducharme has been working in the video game industry for more than a decade. He graduated from the National Animation and Design (NAD) Centre, an educational centre specialising in animation, visual effects and digital art based in Montreal, Canada, in 2003. He took his first steps in Electronic Arts Montreal, contributing to the development of such games as GoldenEye: Rogue Agent, Medal of Honour: European Assault and Army of Two. In the sequel, Army of Two: The 40th Day, he led the art design team and supervised the game’s contents. In 2010, Philippe redirected his career towards management to become Development Manager at Electronic Arts Montreal.
Based on his experience, he became Associate Producer of the Ubisoft Montreal game Assassin’s Creed III. Later on, he played a key role in the development and distribution of Assassin’s Creed Unity, in charge of the game’s production.