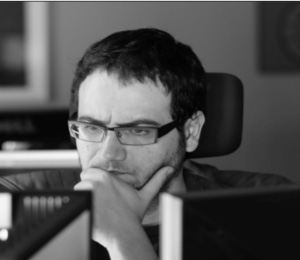 Raúl Rubio Munárriz is a founding partner, CEO and Creative Director of Tequila Works. Holding a higher degree in Computer Engineering, he took his first steps in the video game industry with Rebel Act Studios, designing levels for the game Blade: The Edge of Darkness. Then he co-founded MercurySteam, the studio that developed Clive Barker’s Jericho and Castlevania: Lords of Shadow, among other games. In 2010, along with Luz Sancho, he set up Tequila Works for the development of tasteful games. Their first release, Deadlight, was the first Spanish game to be published in Xbox Live Arcade, earning a BAFTA nomination. Their next game, Rime, specially developed for PlayStation 4, will be released in 2015.